You are leaving the country website to access another site in the group. Regulatory constraints and medical practices vary from country to country. Consequently, the information provided on the site in which you enter may not be suitable for use in your country.

Coccidiosis is a disease caused by Eimeria parasites commonly observed in mammals and birds' intestinal tract. In chickens and turkeys, infection by this parasite is costly to both the producer (higher feed conversion ratios, depressed growth and increased flock mortality) and the industry, causing billions of dollars in losses worldwide. While environmental management and anticoccidials (ionophores and chemicals added to the feed) have been the most common forms of prevention in the past, vaccination is quickly becoming a popular and successful option.

What Causes Coccidiosis on Chickens ?

Nine species of Eimeria are capable of infecting chickens

Depending on the localization of lesions in the intestines, coccidiosis are divided into caecal, induced by E. tenella, and small intestinal, induced by E. acervulina, E. brunetti, E. maxima, E. mitis, E. mivati, E. necatrix, and E. praecox. All are intracellular parasites belonging to the Eimeria genus of the Eimeridae family. The exogenous development of Eimeria in poultry consists of forming in their oocysts, 4 sporocysts with 2 sporozoites each. This process, called sporulation, happens only under suitable external conditions, adequate warmth (the optimal temperature is 29°C), moisture and oxygen. 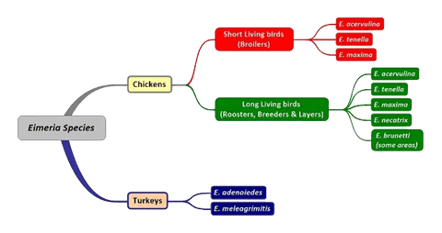 The sporulation process usually occurs within 24–48 hours after excretion. At temperatures below 8°C, most of the unsporulated oocysts perish, but in those which survive, sporulation could go on for more than 8 weeks (Obreshkov et al., 1978). Eimeria in poultry is very host specific.

Symptom of Coccidiosis in Chicken 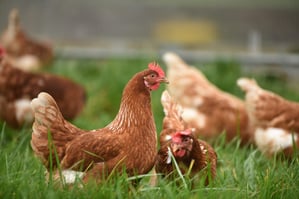 Diarrhea, which may become bloody in severe cases, is the primary symptom. Most animals infected with coccidia are asymptomatic, but young or immunocompromised animals may suffer severe symptoms and death.

Depending on the Eimeria species, the coccidian lifecycle takes approximately five to eight days to complete.

Stage 1 : Unsporulated oocysts are shed in the feces in the litter. Oocysts sporulate (become infective) in the presence of adequate moisture, oxygen and temperature. Oocysts are extremely environmentally resistant and can survive up to one year in dry, cool environments.

Stage 2 : Sporulated oocysts, containing four sporocysts that each contain two infective sporozoites, are ingested by the birds from ground and litter pecking.

Stage 3 : Sporocysts and then sporozoites are released in the gut from the sporulated oocyst by excystation, a process facilitated by the physical grinding effect and the presence of digestive enzymes and bile salts.

In general, the development of immunity is a complex process. With Eimeria, the process is further complicated by the parasite's multifaceted lifecycle, with each stage presenting a different set of antigens to the immune system for recognition and response.

Although both cellular and humoral immune responses are stimulated during coccidiosis, they differ in the extent to which they respond to the infection. Since most of the Eimeria lifecycle occurs intracellularly, the most effective immune response is of a cellular nature, not a humoral one. 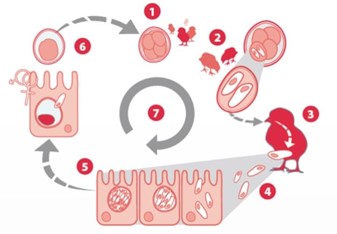 The development of immunity is also influenced by the level of parasite infection. In a heavy infection, the immune system reacts with a short-term humoral immune response. In a low level infection, such is produced by vaccination, the immune system reacts with a cellular immune response that offers a more complete, longer term immunity against the parasite.

The relative short duration of this type of immunity requires a constant exposure to a low level circulating Eimeria to sustain a protective level of immunity. 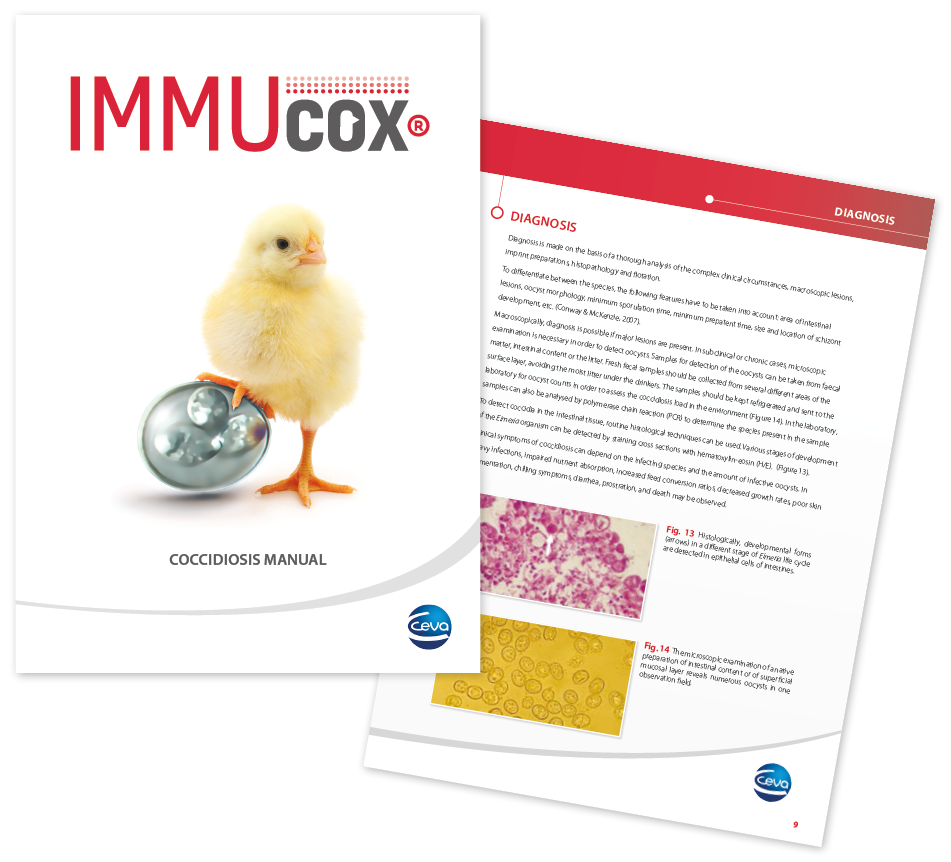 To learn about disease prevention, monitoring, and control
Learn about the lesions scoring and assessing the severity of coccidial development. 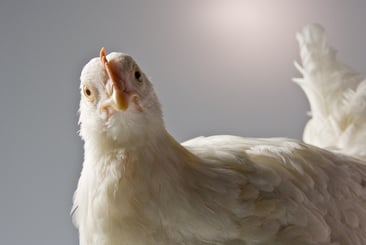 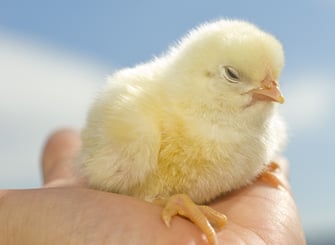 How to monitor Coccidiosis ? 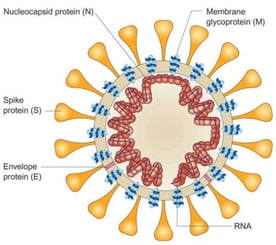 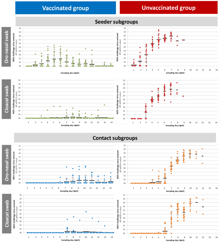 A proven reference for the reduction of Newcastle disease