You are leaving the country website to access another site in the group. Regulatory constraints and medical practices vary from country to country. Consequently, the information provided on the site in which you enter may not be suitable for use in your country.

Avian infectious bronchitis (IB) is probably one of the most widespread poultry diseases around the world, due to its highly contagious nature. It is caused by a gamma coronavirus that affects the respiratory, urinary and reproductive systems of the chickens, causing different disorders depending on the tissue tropism characteristics of the invading viral strain.

An additional issue is the high mutation rate and recombination ability of the IB virus. That is why there is no one single IB virus, but many IB viruses.

Real-time PCR shows limited possibility for genetic classification (which may be enough for certain aims) but, without sequencing, the identification of random changes is extremely limited with this method. However, constant advances and simplifications in these sensitive methodologies enable us to better understand the continuous IBV evolution in different parts of the world and the prevalence of various IBV strains in the field. As numerous IBV strains are generated over time, some of them disappear in a short period of time and some of them prevail and spread to other regions of the world.

Facing the constant changes in IBV strains, and the need to protect susceptible poultry populations, it is ideal to have homologous vaccines to induce a strong protection against the circulating virus. However, as most of these virus strains disappear, it is a very challenging task -  virtually impossible - to develop an IBV vaccine against each one of them. Developing and licensing a vaccine is a time consuming process and an expensive operation, which may be lost if the virus is no longer present in the field.

Nonetheless, it is possible to combine different IB viruses, with different antigenic characteristics, to obtain a synergistic effect and therefore broaden the spectrum of protection. In fact, it has already been demonstrated that combining antigenically different strains, such as those from the 793B group with a Mass type strain, acts synergistically to increase the protection spectrum of the two single vaccines if applied separately (2).

Clinical Signs of IBV in Chickens

The incubation period of IBV is short and dose-dependent; it may be less than 18 hours when the virus is inoculated intratracheally or 36 hours after ocular application (Cavanagh & gelb Jr., 2008).

In chickens up to the age of 4 weeks, IB manifests itself in the form of severe respiratory signs (sneezing, coughing, and rales). Rhinitis and conjunctivitis, depression and crowding around heat sources are observed.

The diagnosis of Infectious Bronchitis is one the challenges to control the disease, as the clinical signs in the respiratory system are common in other poultry diseases.

The morbidity rate may reach 100%. The mortality in young chickens is usually insignificant unless a secondary infection with a different agent occurs. In such cases, there is a moderate to severe inflammatory cell infiltration of upper respiratory tract mucosa, resulting in thickened and more compact mucosa.

In layer hens infected with the IB virus, oophoritis and dystrophic necrobiotic lesions affecting primarily the middle and the final third of oviduct’s mucosa lining are observed. The oviduct is atrophied, cystic, with deposits of yolks or completely formed eggs in the abdominal cavity (the so-called internal layer).

The consequences are drop in egg production, appearance and increase in the number of deformed and pigmentless eggs or eggs with soft shells and watery albumens.

How IBV is Transmitted in Chickens

Diseased chickens are the source of infection, spreading IB virus (IBV) by the aerogenous route, as well as some spread via feed and water.

Adult birds also represent a major source of infection, as symptomless carriers shedding the virus in oronasal secretions and faeces. A certain stationary pattern is observed, suggesting a continuous excretion of the agent from recovered birds.

Re-excretion from hens that have been IB virus-negative for a certain period, after recovering from inoculation at 1 day of age, has also been recorded (Jones & ambali, 1987). Prolonged and intermittent excretion is a potential hazard for transmission of infection between flocks via personnel or equipment.

The existing research on the epidemiology of IB infections shows that the spread of a strain from one region/state to another may result from trade in birds, migrating birds or the use of attenuated vaccines (Cavanagh, 2005). The detection of IBV in non-gallinaceous birds allows us to assume that other bird species could also be vectors of the disease (Cavanagh & gelb Jr., 2008).

Chickens and hens of all ages are susceptible to infection. The disease is most severe in hatchlings and chickens up to 3-4 weeks of age with clinical respiratory pathology and fatal results. As age advances, the birds become more resistant.

Biosecurity management, husbandry and control procedures should comply with the rules commonly accepted for biosecurity in the poultry industry.

As the control of IB in multi-age poultry flocks is very difficult, as the transmission of the virus will be high, different age groups should be housed separately. Furthermore, all the production systems should strictly apply the “all-in, all-out” principle for depopulation of premises.

Cleaning, washing and disinfection of facilities, equipment, tools and transport vehicles should be done in order to reduce the load of virus present, as removal and management of deep litter.

The vaccination used at poultry farms will develop the active immunisation against IBV. Live vaccines are generally attenuated, prepared from vaccinal strains selected according to the antigenic spectrum of regional isolates (Cavanagh & gelb Jr., 2008). It is also important to determine the potential for cross protection, mainly applicable for live vaccines.

Inactivated oil-adjuvant vaccines against IB are applied as booster vaccines to protect layers and breeder flocks; usually these are available as polyvalent vaccines that also include ND, IBD and/or other vaccinal strains.  The inactivated vaccines require individual application, usually by subcutaneous or intramuscular injection.

After proper vaccination with live and inactivated vaccines, the formed antibodies ensure a prolonged and stable immunity of vaccinated flocks. The efficacy of inactivated vaccines depends on the proper application of priming vaccines. Mass application of live vaccines is generally performed by coarse spray or via drinking water (andrade et al., 1983). Other routes of administering live vaccines include intranasal or intraocular individual applications.

Economic impact of a poor control of infectious bronchitis

The losses can be categorized in field and processing losses, according to where the effects of the disease are observed.

In the field the most common impact of IB is an increase in the mortality (and in several cases, late mortality), the feed conversion and the increased need of medication. The weight daily gain can decrease, affecting the final body weight.

Mortality: The late mortality observed in infected broiler flocks is especially harmful, as the birds are close to the ideal weight and age for slaughtering. So, all the investment, such as feeding, has already been done.

Medication: Due to the prevalence of secondary opportunistic respiratory infections, such as bacterial as E. coli, in many cases there’s a need to treat the flock with antibiotics. The cost of treatment is high, and can affect the profitability of the poultry production.

Impact on the slaughterhouse:

The environment of intense competitiveness in the commercialization of meat, associated with pressure from the institutional environment, increases the need to preserve and ensure credibility in the way animals are slaughtered in slaughterhouses, guaranteeing food safety, and at the same time presenting an economic result of operational viability.

According to the slaughterhouse specialist José Maurício França, from Brazil, the performance of industrial operations in slaughterhouses results from the interaction of variables that depend on the characteristics of the raw material received (especially in relation to performance and the use of carcasses), the health of the flocks, and the proper use of the carcasses.  The quality of the meat and the technological processing of the carcasses are factors here.

To obtain positive industrial performance results, even before the processing, we consider the carcass yield depending on the variables related to genetics and nutrition. This is influenced by the uniformity of the flocks, as well as by the farming facilities of the broilers. Therefore, the interaction of the key variables including: the animals, management, nutrition, facilities and ultimately health, will determine the performance of industrial processing. The success of the commercial operation will be characterized by the raw material received, considering the live weight received, and even the total number of animals in slaughter and processing conditions.

The integrity of the carcass takes into account the sanitary conditions of the broilers received, determined by the condemnation indicator. This is expressed in kg condemned, in total bird units, or total partially condemned. Still, consider the need to distinguish between causes, considering whether the causes of the condemnations are related to the farming environment or slaughter environment, as established by the Veterinarian Inspection. 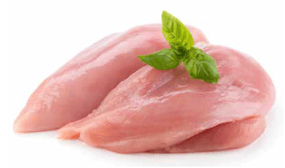 As explained, the losses in slaughterhouse processing can come from mainly two sides: impact in the processing line productivity, or from losses of meat by condemnations.

Condemnations: Flocks infected by Infectious Bronchitis Virus (IBV) can show partial or total condemnations of the carcass, originating from respiratory infection (such as airsacculitis) or from secondary infections (such as colibacilosis).

Please have a look at our Technical & Economical Booklet for real field experiences and benefits of IBird®, IBras® and IBron® with the comparison of other vaccines. 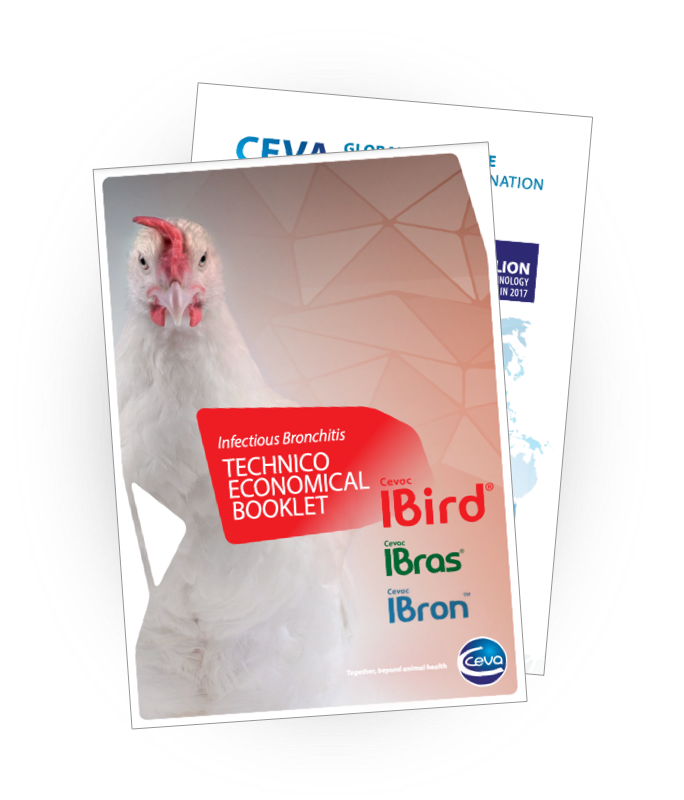